Self-Reflection in Social Work: Naming Manifestations of White Supremacy
This project is grounded in a definition of white supremacy, Critical Race Theory, and Structuration Theory.
Video informed by:
​Blay, Y. A. (2011). Skin bleaching and global white supremacy: By way of introduction. The Journal of Pan African Studies, 4(4), 4-46.
The phrase white supremacy often elicits images of men in white hooded cloaks or “skinheads” acting in terrorizing, violent ways because various institutions (political, educational, criminal, media) use it that way.  Institutions use the phrase, "white supremacist group" to deflect the attention from the system of white supremacy that is present in all institutions within the United States.  This is a smoke and mirror strategy that makes white supremacy a problem that occurs within certain extremist individuals,  creating a tangible, negative object to distract people from the reality that white supremacy is enacted daily by many people in seemingly benign ways.  ​White supremacy is an overarching operating system that maintains its survival in different ways. The goal of white supremacy is for people classified as White to maintain power and control over resources (Blay, 2001; Bonds & Inwood, 2015; Leonardo, 2004; Ross, 1995). ​ ​ 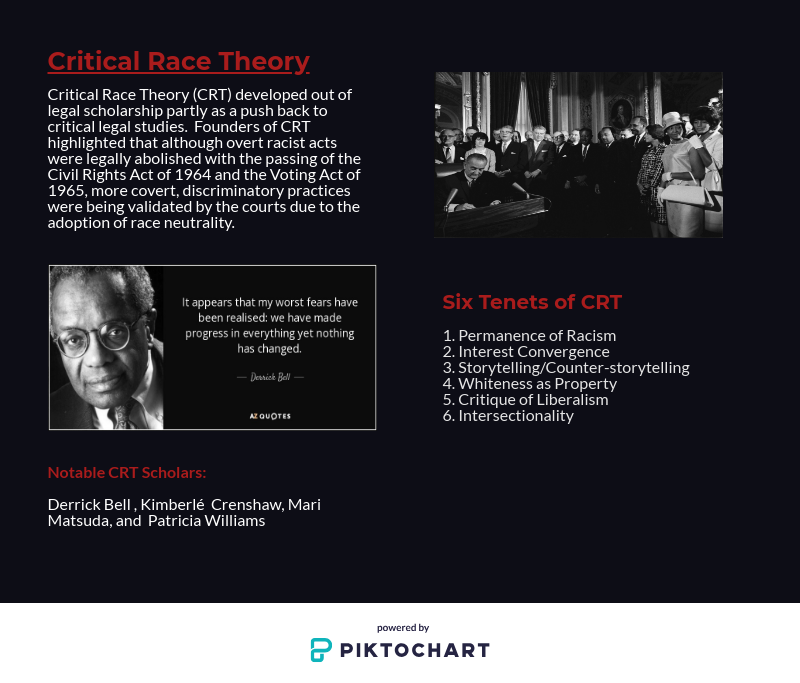 Social constructions are created by human action.  Rather than understanding social constructs as objective phenomena, separate from human agency (action), structuration theory suggests that social constructs are the product of both human agency (action) and structure (Giddens, 1979; Kondrat, 2002).  Agency and social structures are affected by and affect each other simultaneously.
​
​Social institutions are created and maintained by individuals living in a society by repetitive, socially sanctioned, conscious or unconscious behavior.  These recursive practices are defined as a “process through which society and its structures shape the activity of individuals, although those structures, in turn, are continuously being constituted by the very actions they shape and condition” (Kondrat, 2002, p. 438).  White supremacy establishes a set of rules to be followed in order to maintain its dominating power.  These rules influence the action of individuals in a society.  In turn, white supremacist-driven behaviors continue the system of white supremacy.  This process repeats itself and reproduces the same results which maintains the system.

​​Since the profession of social work in the United States was established in the system of white supremacy, social work acts as an agent of the system and behaves in ways informed by the system to uphold it (Billings, 2016; Longress, 1972; McMahon & Allen-Meares, 1992; Pewewardy & Almeida, 2014).  For example, the professionalization of social services acts as a gate keeping strategy and resulted in the reduction of community led organizing (Billings, 2016).  Similarly, the increased focus on individual pathology and intervention continues to distance social workers from addressing macro level challenges.  Additionally, individual work implies that problems people face emanate from within.  Although social work utilizes the person in environment approach when conceptualizing client challenges, the focus of change typically remains with the individual.  Likewise, the increased focus on evidenced-based treatment promotes a one-size fits all approach to addressing complicated problems. 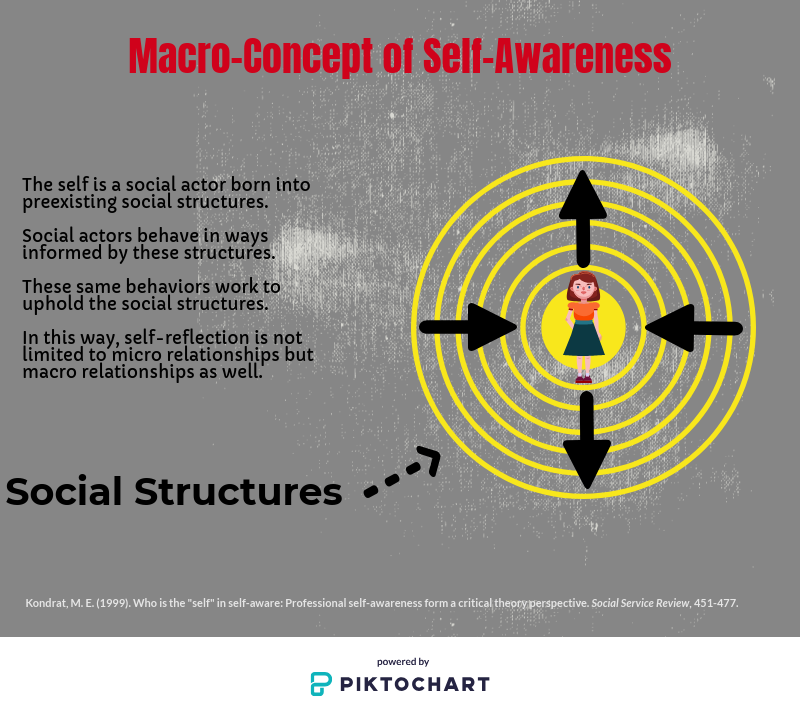